We celebrated in the Castleman Suite of Allendale House on the evening of Saturday 16th November 2019. Guests included the Mayor of Wimborne, Shane Bartlett, the Deputy Mayor of Ochsenfurt, Rosa Behon, the chairman of the Ochsenfurt Twinning Association, Burkard Bähr, and Margery Ryan and Peter Wesselowsky, who were the mayors of Wimborne and Ochsenfurt when the original twinning agreement was signed. The photograph below includes all those at our celebration who were also at the original signing. 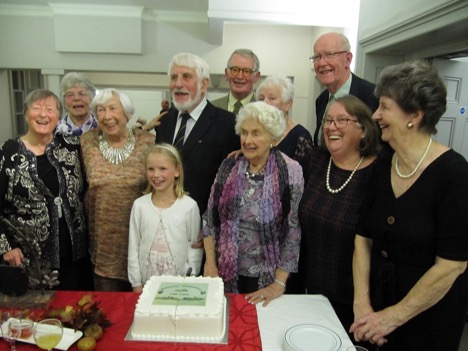 Our special guest was Richard Cutler, Honorary Consul for the German Embassy based in Southampton. The area he covers includes Hampshire, the Isle of Wight, Dorset and Wiltshire. His role is to act as a link between government policy and local citizens, providing support and advice for German nationals living in the UK. Richard gave us a fascinating insight into the many close links between the UK and Germany and of the experiences of people with links to Germany in our region. 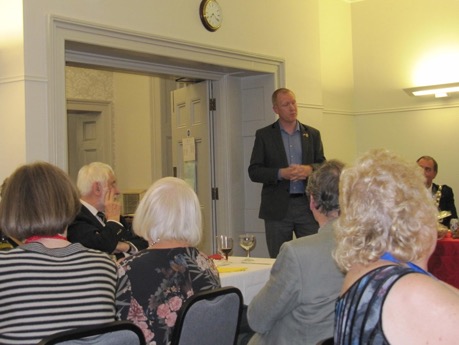 After our buffet supper the 30th anniversary cake was cut by Margery Ryan and Peter Wesselowsky. 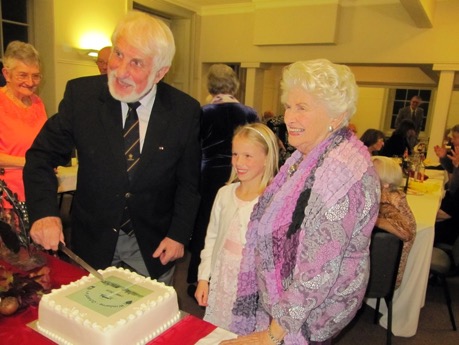 An article on 30 years of twinning between Wimborne and Ochsenfurt by Roger Guttridge will appear in the December 2019 edition of Dorset Life.